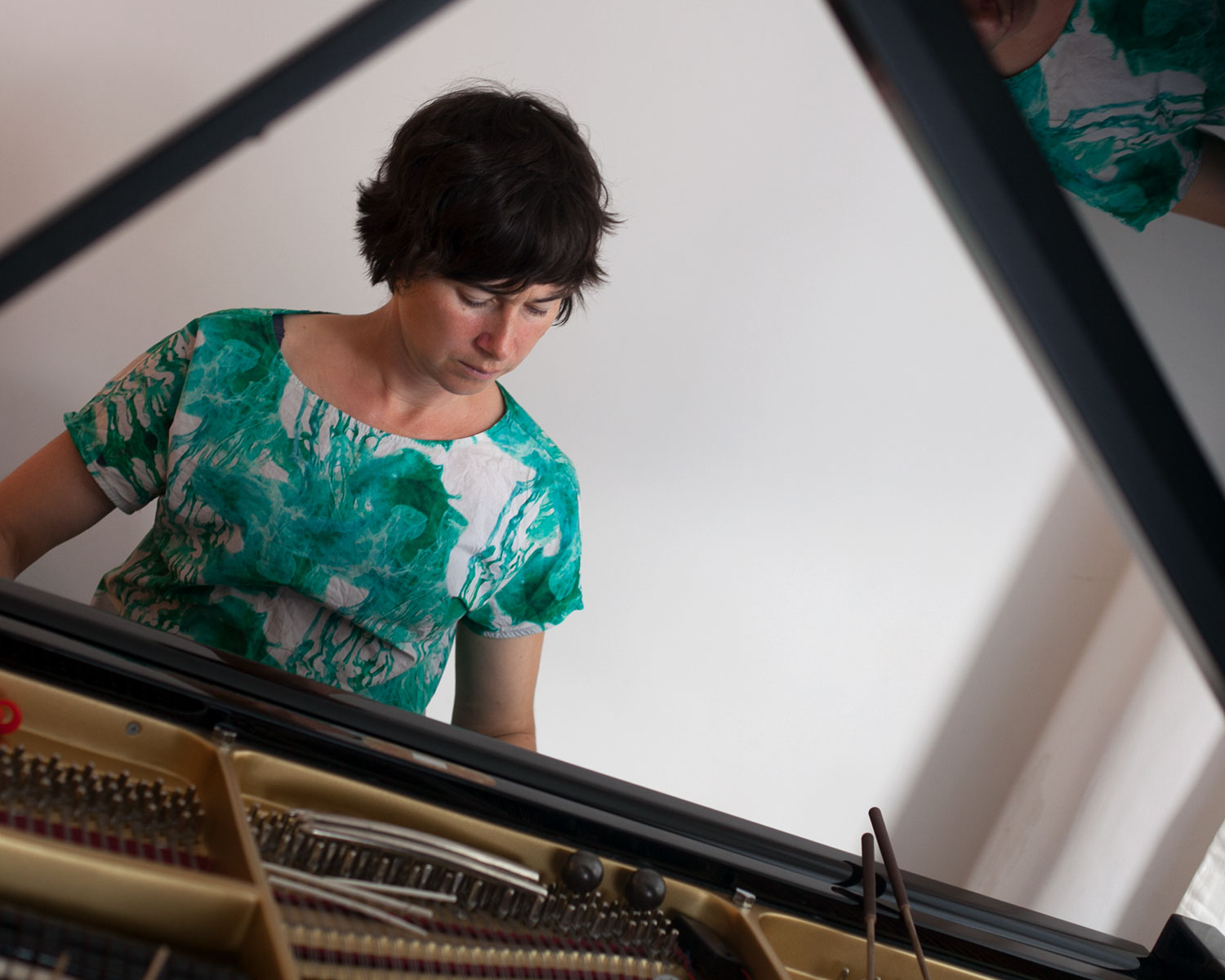 Marjolaine Charbin is a French pianist based in London. Improvisation is the core of her work, but she also engages with compositions. Her sound is an ever mutating mix of keyboard technique and various inside-piano techniques using hands, objects, voice and contact microphones. Recent collaborations include Eddie Prevost, Angharad Davies, Jennifer Allum, Dimitra-Lazaridou-Chatzigoga, Ute Kangiesser, John Butcher, Douglas Benford, Ken Ikeda and Ed Lucas.

Marjolaine was classically trained as a child, falling in love with jazz as a teenager and becoming passionate about all aspects of sound during a period studying sound engineering. She then attended the Royal Conservatoire in Brussels, studying jazz piano. Her interests in subtle listening, complexity and the endless possibilities of the present have led her to seek out ever more open forms of music making, developing her work through numerous projects and encounters, mainly with other musicians, but also with dancers, who have had a significant influence on her practice. When Marjolaine moved to London, she became involved in Eddie Prevost’s workshop, which spawned several new ongoing collaborations.

Her other interests include literature, cinema and body/mind meditative practice. Also patisserie but that's a bit off subject. Marjolaine has performed in various venues and festivals across Europe, including London’s Cafe Oto and Vortex, Berlin’s Exploratorium, Hurta Cordel festival, Sound disobedience Festival, Huddersfield contemporary music festival and London's «Music We’d Like To Hear» festival. Please have a look at the Upcoming/Past page for more details.

Lecture series on Deleuze and the Arts, ISELP, Brussels. 2006